A moment of perfection

Sounds great from up here

Detailed view of a cutterhead with cutting stylus

Red light is on, let's start!

Selecting takes for manufacturing is a joint decision

No overdubs possible - Everything has to happen at the same time

The sound is adjusted by positioning the musicians

The artist signing her recording

Our cutting lathe on tour

Gladness after the recording session

The groove is being cut now

What you play is what you get

Direct-to-disc is an exceptional procedure, not only in terms of technology, but also musically: the musicians are compelled to record in one take without the possibility of post-production. Each side of the later record is recorded in real time and without interruption. Ingenuity is ingenuity, mistake is mistake. In this moment, the only thing that counts is to be spot-on. Naturally, this is a challenging and exciting task for everyone involved, musicians as well as engineers. However, the successful completion of a direct-to-disc recording gives great satisfaction and joy. And you can hear that on the recording, too!

Back to the future

Until well into the 1940s all the recordings that were made were direct to disc. The microphone (or at the beginning, the horn) was connected directly to the cutting lathe. Whatever the musicians played was cut straight onto disc. These recordings, therefore, were not edited, remixed nor changed in any other way after the recording. The final chords of the piece also meant the end of the recording.

Only when tape was invented was it possible to post-edit the recording. And today, computer technology allows endless possibilities for postproduction: cutting, mixing, new arrangements, remixing, mastering and plenty more. This is of course very creative and style-defining work. Now, as the musicians pack away their instruments, the real work begins. The sound and musical results of the recording begin only to emerge further down the production line.

There are constant technological advances in the recording industry. However, there are two sides to every story. Tape allowed the possibility of editing; though it also added noise and light distortion to the signal. For this reason, producers and sound engineers in the 70s returned to direct to disc recordings, purely on the principal of less is more. The more direct and shorter the signal path is, thus the higher the quality. This, for them, outweighed the advantages that postproduction offered.

The introduction of digital technology in 1980 put a stop to the short-lived comeback of the direct to disc LP. The CD meant noise and interference free recordings, and made lots of the arguments from the vinyl fans redundant. Also, the hope for new unlimited technological opportunities was for many very appealing.

Today we are giving direct to disc another chance. Not because there is any thing wrong with digital recordings: for digital mediums this process is great. For the analogue LP however, that despite everything still hasn't died out, direct to disc provides a wonderful alternative.

The resulting sound of a direct to disc recording can clearly be distinguished from that of a digital CD recording. This has less to do with the technology itself, rather the different working process behind the production. Everything that the musicians, producers, and sound engineers want to have on the record must be done live and in a whole take. This means that all the decisions need to be decided upon before the recording. Everyone taking part must concentrate purely on the recording, because every mistake, the smallest drop in concentration, can ruin the whole recording. Direct to disc is therefore associated with a high adrenaline atmosphere and shows exactly what the musicians and technicians are capable of. Such a challenging recording process is now considered by many musicians as a liberating, deeply authentic and honest experience.

Direct to disc is no guaranty for quality (a shame really!). Boring interpretations will not magically be improved. You must already have something worth saying. Only then can you create something original, something special; purely analogue and tailored purely for vinyl record. 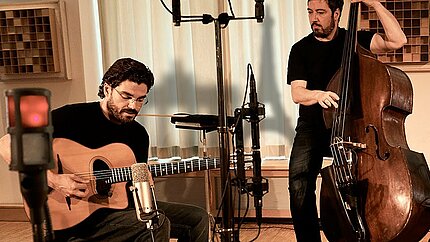 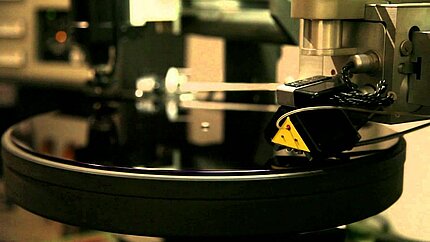 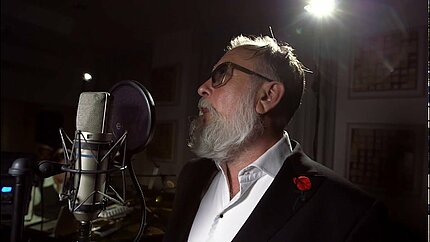 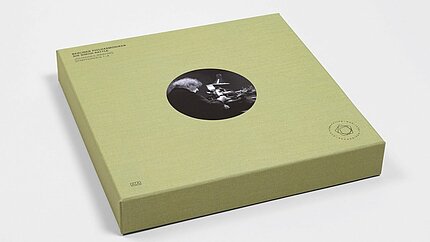 Talibam! With Silke Eberhard and Nikolaus Neuser
This Week Is In Two Weeks